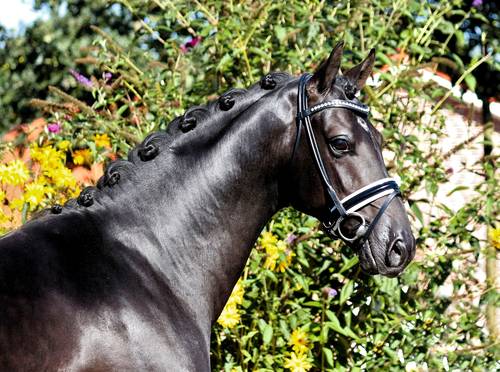 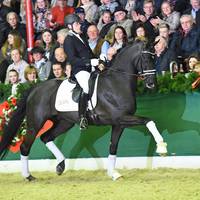 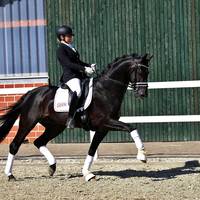 Premium stallion from one of the best Hanoverian lines

Extraordinarily strong-moving young stallion with extremely modern appearance – Le Vivaldi presents an inspiring mechanic of movements, swinging through the entire body in rhythm with the gait, that lets us hope the best for the future. As nominated premium stallion at the Hanoverian licensing in Verden in 2014 he passed his 30-day test in Neustadt (Dosse) in 2015. In view of his rideability he was among the very best in the group of competitors. In 2017 he passed his sport test with far above-average results in Münster-Handorf. Le Vivaldi collected already ribbons in tests for young dressage horses and produced two high-quality crops. His offspring were premium awarded in many breeding areas and reached above-average prices at auctions, e.g. the most expensive colt was sold at the foal auction in Luhmühlen in 2016.

The sire Vivaldi was reserve winner at his stallion performance test, won the Dutch Pavo Cup at the age of five, won three times in the “Hengstencompetitie” in 2008 and won the KWPN competitions series for stallions in 2009 – there, he received a perfect 10.0 for his trot. Under Hans-Peter Minderhoud he was internationally successful in the dressage arena and produced 204 licensed sons alone in Germany. The dam Soljanka is full sister of the sire Scolari, who delivered numerous top horses for the auction in Verden. Scolari finished his stallion performance test in Münster-Handorf in 2007 as reserve winner, where he had a clear lead in the dressage index. Le Vivaldi’s full brother was price highlight at the Verden foal auction (66,000 Euro) in 2016. The granddam, st. pr. mare Dynastie, was Champion Mare at the Friedrich-Jahncke show in 2014 and delivered several successful dressage horses. She is a daughter of De Niro, currently the most successful dressage horse-maker worldwide. The Hanoverian trademark stallion Weltmeyer, found in fourth generation, makes this pedigree especially worthy. His line belongs to the best Hanoverian lines and is maintained by the Klausing family in Diepholz. This is excellent breeding from generation to generation which can be seen in our stallions’ quality of inheritance.

De Niro made his successful debut at Grand Prix level at the age of seven and won with his trainer Reitmeister Dolf-Dietram Keller the “Blue Band” at the Hamburg Derby and at the German championship for professional rider even twice. In 2008 he became “Hanoverian Stallion of the Year 2008”. The great ganddam St.Pr.St. Wicke is sired by Weltmeyer, who was the 1987' Bundeschampion, licensing and stallion performance test winner, DÖG-Champion and “Hanoverian Stallion of the Year 1998”. Wicke was also full-sister of the Worldman (private stallion Oldenburg, Rhineland) and of the mare Weltina, who produced the reserve stallion performance test winner in Adelheidsdorf when bred to Fürst Rousseau (leased stallion state stud Celle; by Rousseau). Grenadier, found in fifth generation, was a highly modern stallion with especially versatile talents and inheritance. His most successful offspring is known under the Genius 60/Norbert Koof and the  former Celle state stud sire Golfstrom I/Ann-Kathrin Linsenhoff. In the further generations the famous Hanoverian performance-sires Arsenik, Diplomat and Wöhler can be found. The dam line 901/Wolgarune by Wöhler-Astflug-Abendkerl-Schlager II-Navarra-Nero-Neffe-Correct)is also known for more than 30 licensed stallions such as Adios I-III, Thronfolger, Allround, the Inter I successful Donnerprinz, the young horse's world champion Dramatic, licensing and stallion performance test winner His Highness as well as the Olympic dressage horse Crisp/Rudolf Zeilinger and Ricky McMillan (AUS). 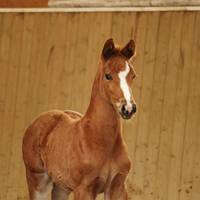 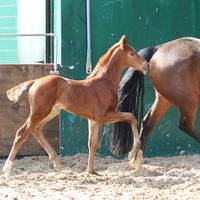 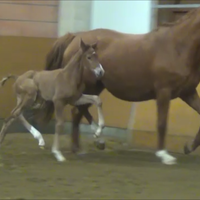 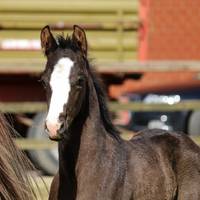 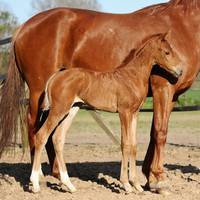 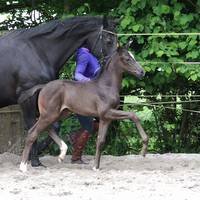 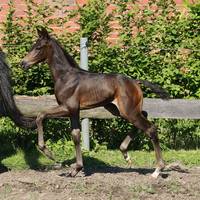 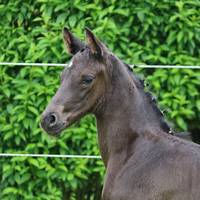 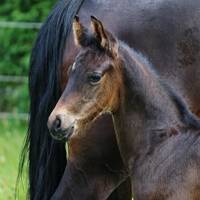 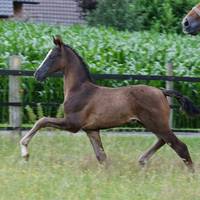 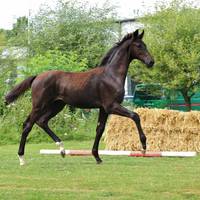 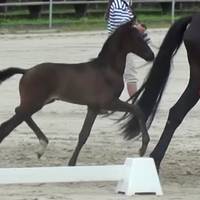