Previous Stallion
Back to Overview 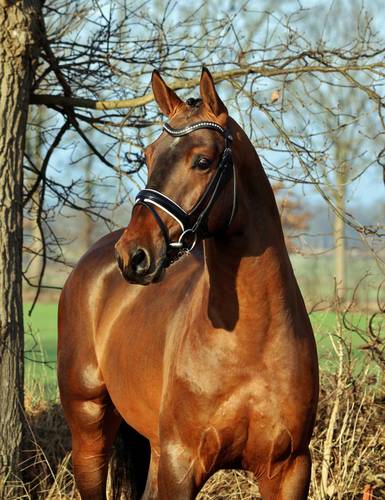 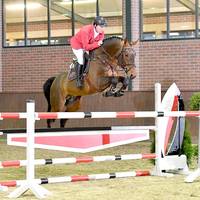 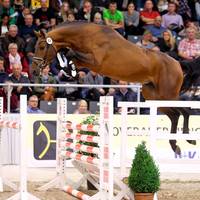 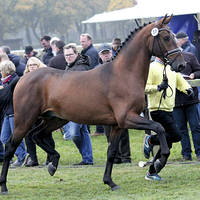 International genes in a nutshell

Golden-bay performance-jumper with an impressive silhouette, whose jumping qualities meet even the most challenging requirements. His jumping is something to see when it comes to technique, bascule and ability. In view of basic gaits he inspires with a clear rhythm, carrying-power and elasticity in trot and canter. In 2017 Toys completed his 14-day test in Adelheidsdorf with well above-average scores (jumping talent: 9.0), getting a final score of 8.65 as well as high partial scores for basic gaits and rideability.

The sire Toulon succeeded internationally for France under Hubert Bourdy, not forgetting the Global Champions Tour victory in Sao Paulo (BRA). In Germany eight sons are licensed so far; the daughter Toulonia won the grand prix of Rastede in 2014. The dam's sire Quidam de Revel won the team bronze medal and placed fourth in the individual at the 1992' Olympic Games in Barcelona under Hervé/Godignon/FRA and, then as of 1993, continued his career (e.g. winner of the grand prix of Hanover and Arhus/DEN) under the Danish rider Thomas Velin. But also in breeding he set standards like practically any other sire: In Germany alone, 50 sons were licensed and 218 of his offspring are registered as successful advanced (S) level sport horses. The dam of Toys, Quicki de Revel, was highly successful in free-jumping competitions in Verden and is now trained for sport. The granddam La Belle was “Hanoverian Mare of the Year 2014” and produced the licensed stallions Bon Balou (by Balou du Rouet) and Coeur de Caramel (by Cordalmé Z). The great granddam Larika was dam of sires twice, too; when bred to Acord II, she delivered the licensed full brothers Albatros and Alicante. Furthermore, Larika is half sister of the licensed Quidam's Rubin-sons Quinnus I, Quinnus II (int. successful in show jumping under Denis Nielsen) and Quinnus III (int. successful in show jumping under Sören Pedersen/DK), whose breeder Georg Breher comes from Löningen. With the Holsteiner Landadel, who influenced decisively the appearance of Toys, as well as Grannus and Weltmeister, three first-class performance-sires, whose offspring has influenced competitions worldwide, can be found in the later generations. Today, this line is maintained by the Wecke family in Stadthagen and belongs currently to the most successful dam lines in Hanoverian breeding.