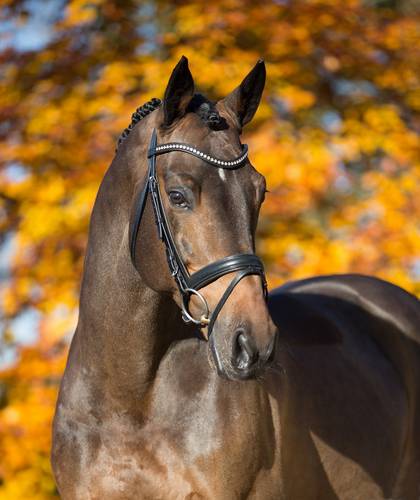 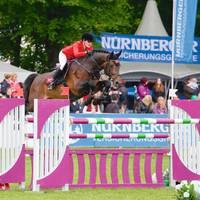 Long-legged son of Catoki with Thorougbred-influence

Holstein jumper stallion par excellence, especially athletic with a strong aura and impressive heredity power. The few years as young stallion in breeding were used decisively by Canoso. So he made himself a name as a first-class sire. Already now, there are 13 advanced (S) level successful offspring on his breeding record, including the internationally highly successful Christiano, competing for Canada under Ian Miller. For Sprehe stud, Campitelli collected ribbons up to 1.50 m classes, then he was sold, but is still internationally successful. Canoso’s offspring are distinguished with top jumping-ability, willingness to perform and positive riding values as ideal partner for every demand of both the international top rider and ambitious leisure rider. At Germany’s licensing sites seven Canoso-sons were licensed by now. Among them are the premium stallions Cantinoso and Coal Quidam, who was serial winner of classes for young show jumpers with top scores.

Canoso’s sire Catoki has won World Cup-qualifiers with Philipp Weishaupt (GER) and turned out to be an important sire of European jumper breeding. His daughter Catche Me If You Can competed as member of the German team with Laura Klaphake. Canoso’s dam combines the strong Thoroughbred Sir Shostakovich xx and the legendary producer Caletto II in her genes, originating from the well-known Holstein line 18a2, which also produced derby winner Calle Cool, the sires Classiker and Canoso’s full brother Catoki’s Son, who is internationally successful.

Already at his licensing in Neumünster in 2007, he received best reviews and the breeding director, Dr. Thomas Nissen, declared him the best jumper at the licensing event (score: 10.0). Canoso took his 30-day test in Prussendorf in 2008. Here he showed off his talents in jumping and became the best jumper stallion at the test. Meanwhile he achieved victories and high placings up to international 2*-classes under Tanja Sprehe .

The granddam Zaletta is a State Premium mare and a daughter Caletto II, who was a Holstein licensing winner. Her best daughter, Classic Touch, was the 1992 Olympic winner with Ludger Beerbaum. The great grandsire Caletto II only bred for four years but left several licensed sons behind. Among these are Caretino, Corleone, Cascadeur, Calvin, Cadillac, Cellebrio, Calgary, Chamonix and Calwahn. The great granddam Felica produced the sires Leonardo I and II (by Lord); Chambertin belongs to the direct family. Line 18A2 can count more than 100 licensed stallions among which are also C-Trenton Z, Cheetano, Calvadur, Classiker and Marmor, the current Holsteiner licensing winner Quvee Prestige as well as countless international show jumpers such as Arturo jun./Christian Ahlmann, Calle Cool/Carsten-Otto Nagel, Claire 44/Markus Renzel, Cristallo 5/Alois Pollmann-Schweckhorst, Mercator 4/Tjark Nagel and Min Jung 2/Peter Hoff. 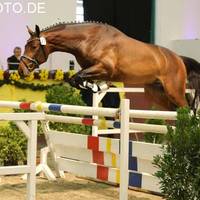 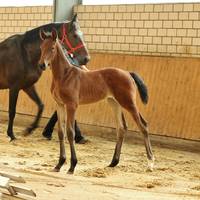