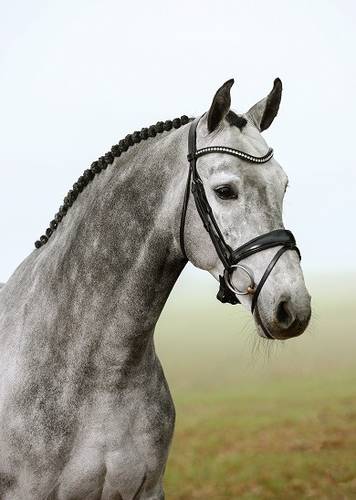 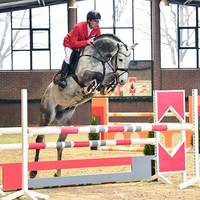 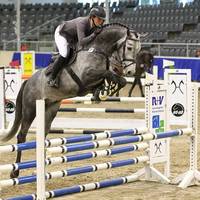 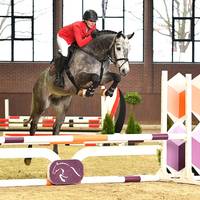 Union of the best showjumping genes from all over Europe

Condoctro is a highly promising sire entering the breeding scene. Born in the Netherlands, he’s been licensed and awarded the Premium label in Münster/Handorf. His characteristics are an athletic type, self-carriage in every situation, a canter with a lot of capacity and a perfectly constructed body ensuring powerful movements and jumps. Condoctro‘s way of jumping is very intelligent, his scope seems to be unlimited. The premium stallion knew to convince at his 14-day test in Münster/Handorf with his outstanding quality and willingness to perform (final jumping score: 8.73) and stands at the beginning of a great career in both breeding and sport.

Condoctro’s pedigree is a union of world-class jumper-sires from the international show jumper breeding. His sire Cornet Obolensky took the team gold medal at the EC in Madrid (2011) with Marco Kutscher. As a Belgian stallion he has started his breeding career in Westphalia and belongs to the best producers of show jumpers worldwide (ranked 5th in the WBFSH-ranking).

Condoctro’s maternal line is top as well: Condoctro’s dam’s sire C-Indoctro produced many international show jumpers such as Valentino Velvet and Nike. In the descending line of ancestors follow Baloubet du Rouet, three-time winner of the World Cup final and Olympic Champion in Athens with R. Pessoa, and Concorde (Jos Lansink), the winner of the Grand Prix of NRW in Aachen. In the next generations excellent quality can be found in the sires Ramiro, Farn, Krawall xx and Amor.

Condoctro’s dam line has produced many successful horses. His third dam, Concorde’s daughter Pucinda, is dam of Mandy 592 (by Marlon) who competed internationally with Andreas Knippling (GER). H&M Extra (Olivier Philippaerts), who won the 2019’ Nations Cup of Spruce Meadows and placed second in the Nations Cup final of Barcelona, is also a close relative to Condoctro.