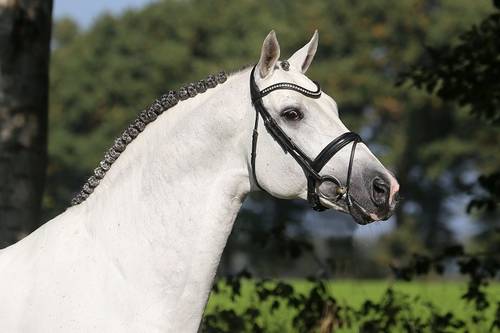 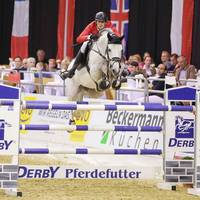 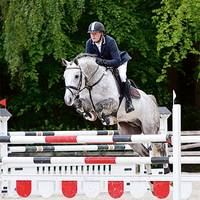 Coupe d'Or was radiant and sovereign winner of the 2010’ licensing of OS-International in Vechta. Coup d'Or reveals capital jumping ability that leaves nothing to be desired: With sheer unlimited ability and the best leg technique and bascule, he masters everything you set in front of him with the greatest ease. This special ability earned the highest scores at the 30-day test in 2011 in Neustadt/Dosse, which he finished in the top group of his year.

Coupe d'Or qualified sovereignly for the 2013' Bundeschampionat. At the age of seven, he could compete at advanced level, in which he achieved high placings under Jens Rensen in 2015 already. In 2017 he competed under Patrick Bölle and Frederick Troschke in advanced classes, achieving victories and high placings again. So, he won the championship for former auction horses in Vechta. In breeding he made a great debut too: In fall 2014 his first two sons, including the OS Champion Stallion Coup Gold, were licensed. In 2016 and 2017 his eldest offspring were successful in tests for young show jumpers. Coup Gold qualified several times for the Bundeschampionat with scores up to 9.0. Furthermore, his son Cool and Clever took the ticket for Warendorf and was serial winner in test for young show jumpers. In addition, many state premium mares are meanwhile sired by him and are nationally successful in shows.

In 2006 and 2007 his sire Coupe de Coeur took the German Champion title in show jumping with Rene Tebbel and won the World Cup of Oslo. His dam Rivera is sired by Rivero xx, a large-sized Thoroughbred stallion with powerful movements. And with jumper-makers such as Lordanos, Grannus, Wanderer, Pik König and Weiler, each and every generation of his dam's family is filled with heroes in German jumper breeding. 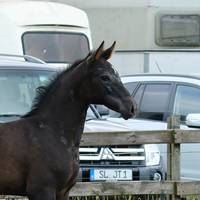